Audacity is free, open source software for recording, mixing and editing sound and music. It is available for Mac OS X, Microsoft Windows, and other operating systems and it’s a great tool to use to create and mix your own professional hypnosis and guided meditation recordings.

You can use Audacity to..
• Record live audio
• Convert tapes and records into digital recordings
• Edit MP3, WAV or AIFF files
• Cut, copy, splice or mix sounds together
• Change the speed or pitch of a recording
• And more!

If you want to import music from a CD into Audacity you need to first extract the audio from the CD to a WAV or AIFF audio file using Windows Media Player ( Windows) or iTunes (either on OS X or Windows) and then import that audio file into Audacity.

It is also important to note that you must have full permission or a license for all the music which you use in your project however small a clip you might be using. 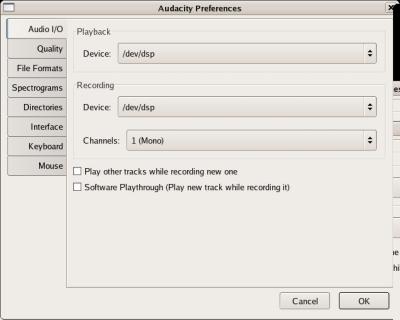 Audacity also allows you to record your voice track while listening to the music track. To do this, check “Play other tracks while recording new one” in the Audio I/O tab of Audacity Preferences, and press the red Record button. The Preferences are under usually under the Edit Menu, but on OS X are under the Audacity menu. It’s important to use tight fitting headphones to record while listening to a music track, to avoid your microphone picking up the music playback in your voice recording.

After you have finished recording, just press ‘play’ in Audacity to hear the result – the music track and your voice track will be mixed together just as they will when you come to ‘export’ the recording as an audio file. 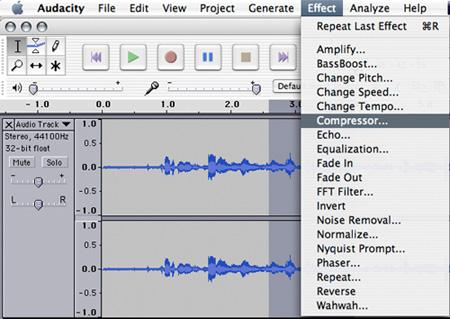 Selecting Tracks: You have to select your track before you can apply edits and effects, and you cannot apply these whilst you are playing,recording or pausing the track. You can select all of a track by clicking on its Track Panel (where the mute/solo buttons are). You can select part of a track by clicking in the track and dragging to left or right with your mouse, or with the left or right arrow keys.

Another very useful tool is the Time Shift Tool <–-> top left of the Audacity screen (hit F5 to select it). With this you can move your music and vocal tracks back and forth so you get the music in the right place underneath your words.

Balance the voice and music making the tracks as loud as they can be without distorting using the -/+ gain slider on each track. Hit the green Play button to play the music and voice track together and watch the green playback VU meter next to the red recording meter. If the red hold lights at the right come on, move both gain sliders further back by the same amount

4. Exporting and creating CDs
You can export your finished project as a .WAV file (Windows Wave format) or an .AIFF file (Audio Interchange File Format) and use these high quality formats to burn CDs or convert to .MP3 for downloads and podcasts using software such as iTunes (either on OS X or Windows). 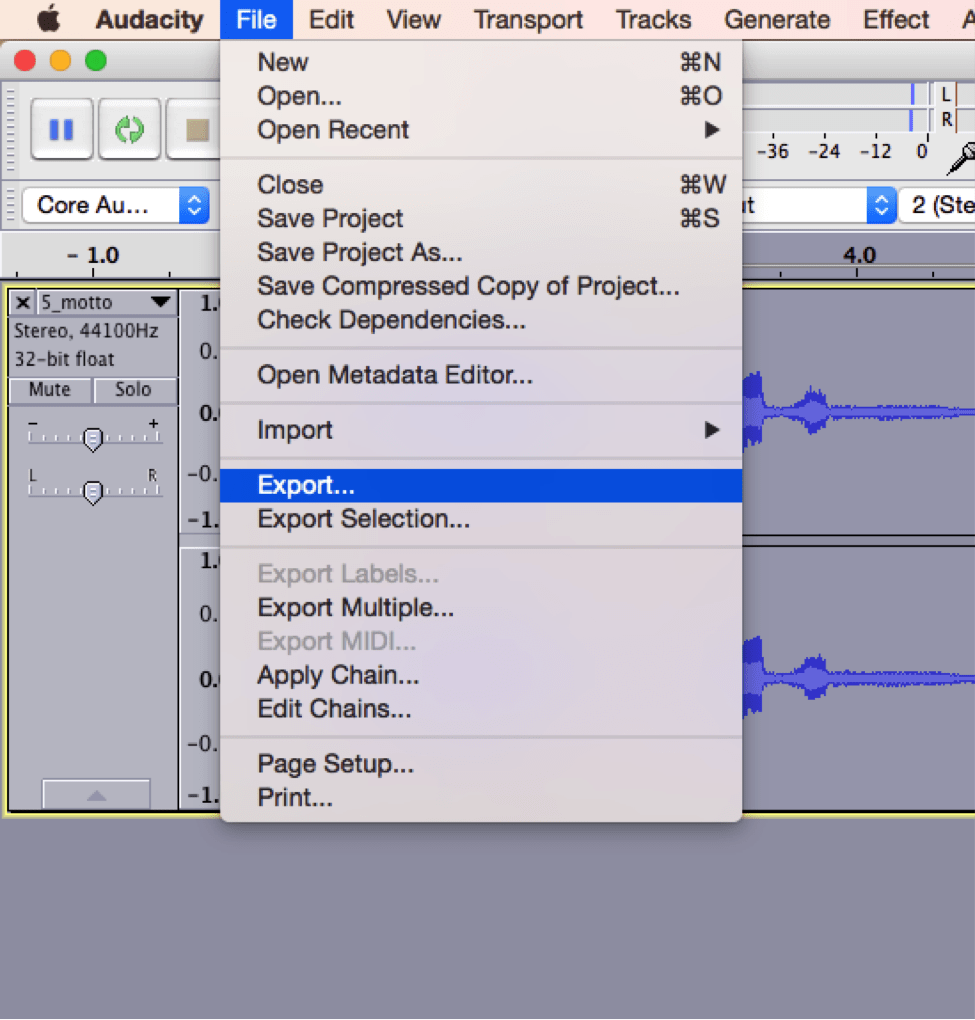 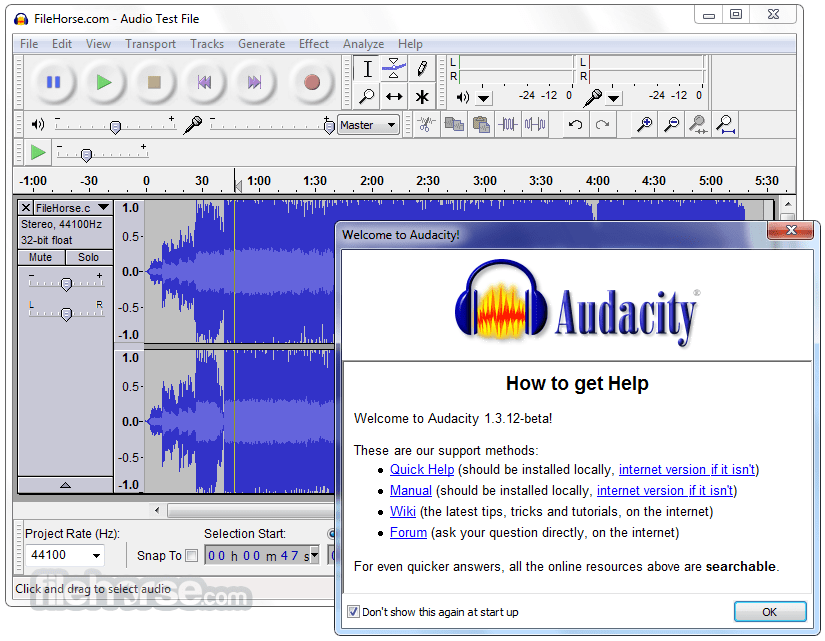 Want to join the discussion?
Feel free to contribute!

Recording the Voice for Hypnosis Audio
Scroll to top
This website uses cookies to improve your experience. We'll assume you're ok with this, but you can opt-out if you wish.Accept Read More
Cookies Policy

This website uses cookies to improve your experience while you navigate through the website. Out of these, the cookies that are categorized as necessary are stored on your browser as they are essential for the working of basic functionalities of the website. We also use third-party cookies that help us analyze and understand how you use this website. These cookies will be stored in your browser only with your consent. You also have the option to opt-out of these cookies. But opting out of some of these cookies may affect your browsing experience.
Necessary Always Enabled
Necessary cookies are absolutely essential for the website to function properly. This category only includes cookies that ensures basic functionalities and security features of the website. These cookies do not store any personal information.
Non-necessary
Any cookies that may not be particularly necessary for the website to function and is used specifically to collect user personal data via analytics, ads, other embedded contents are termed as non-necessary cookies. It is mandatory to procure user consent prior to running these cookies on your website.
SAVE & ACCEPT