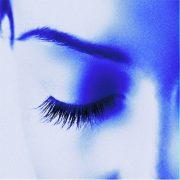 Music can aid concentration or be an annoying distraction. It can evoke memories, get you going in the morning or calm the mind ready for sleep at night – but did it ever occur to you that when you order a desert or glass of wine in a restaurant your decision may have been influenced by the music playing in the background?

We know that farm animals produce the best quality food when well looked after but is relaxing music really beneficial to cows?

Influential Music
From the dawn of trade music has been used to advertise products from washing up liquid to holidays – the aim being to influence us to hand over the cash and feel good about it at the same time.

Classical music for example is most often used to promote exclusive, expensive and luxurious items such as top mark cars and it has been shown that music can be very a powerful marketing tool by linking our lifestyle and aspirations with specific products and ultimately causing us to go out and buy them.

The more relaxed laid-back music, often played in supermarkets is intended to slow us down and give us more time to enjoy filling up the trolley – while some fast-food restaurants tend to play more up-tempo rhythmic music in an attempt to make us eat up and get out quickly so that they can sell more buns.

An experiment by Dr.Adrian North at Leicester University showed that restaurant customers were more likely to choose French wine if typically French music was playing and German wine if typically German music was playing – but only if the customers were initially not sure what to order. They also found that classical music helped people to spend more money on extras – drinks and sweets – but did not seem to influence choice of main course. The subjects in these experiments had no idea that the background music was helping them to decide what to eat and drink.

Music can encourage us to spend money by making us feel richer…dangerous stuff!

Music on Hold
Where we used to experience a moment’s quiet contemplation (or frustration) music on hold in the telephone system has become almost universal and a very lucrative sector of the music business. This too has been the focus of scientific research.

In another experiment by Dr. Adrian North three different messages were played on hold;

A normal hold message – please wait..your call will be answered shortly…followed by silence. An original Beetles song. The same Beetles song but played on pan pipes.

The rather surprising results showed that whilst the prolonged silence was the most stressful, callers waited the longest when listening to the pan pipes track, saying that although they didn’t’t like the music it was the most relaxing and engaging enough to counteract the stress of hanging on.

Chilled Milk
When animals become stressed and the quality and quantity of their yields (usually connected to reproductive system) – milk or eggs – tend to fall off. Experiments have showed that relaxation music played to cows increased yields by 4%. A small difference perhaps but one that can keep a small farm in profit over a year.

Happy Babies
Recordings of lullabies set a against the steady rhythmic beat of a human heart beat are currently being used in Hospitals throughout America where long-term scientific studies have documented the extraordinary effects that this soothing music can have on premature babies in intensive care.

New research with 25 – 30 week premature babies has shown that they are leaving neonatal intensive care on average 12 days earlier than usual when listening to this relaxation music for four hours a day. The calming music encourages rest and sleep, naturally allowing the baby’s development and growth.

Adults in hospitals too can benefit from relaxation, rest and sleep which are essential both after surgery, to aid recovery, and also before – to be relaxed and calm throughout an operation helps to control stress, and directs as much energy as possible at the healing process.

2.00am in Leicester sees the streets fill with inebriated revelers many of whom are prone to antisocial and violent behavior. The police have found that theme tunes from children’s programs such as the ‘Magic Roundabout’ and ‘Captain Pugwash’ can dramatically reduce incidence of violence. In Turkey too, the police have used soothing music to control rioting crowds – they say it takes the tension out of the situation and by calming rioters and police alike.

What is Relaxation Music? 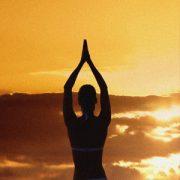 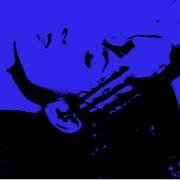 Want to join the discussion?
Feel free to contribute!

Using Therapeutic Music in your Practice..
Scroll to top
This website uses cookies to improve your experience. We'll assume you're ok with this, but you can opt-out if you wish.Accept Read More
Cookies Policy

This website uses cookies to improve your experience while you navigate through the website. Out of these, the cookies that are categorized as necessary are stored on your browser as they are essential for the working of basic functionalities of the website. We also use third-party cookies that help us analyze and understand how you use this website. These cookies will be stored in your browser only with your consent. You also have the option to opt-out of these cookies. But opting out of some of these cookies may affect your browsing experience.
Necessary Always Enabled

Any cookies that may not be particularly necessary for the website to function and is used specifically to collect user personal data via analytics, ads, other embedded contents are termed as non-necessary cookies. It is mandatory to procure user consent prior to running these cookies on your website.